Where am I? Home / Archives for Artists

You can see Artists by filterable by name, day and stage on the main artists page. 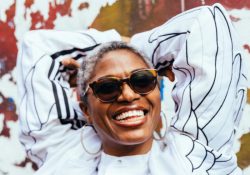 For nearly three decades and over three countries, Paulette has held residencies at some of the most prestigious clubs and best parties in the world, including the Hacienda (Manchester), The Ministry of Sound, Queen Club and Mix Club (Paris), Cocoon (Frankfurt), and at Pikes Hotel (Ibiza). She has a unique range, a keen musical ear… [Continue reading] DJ Paulette 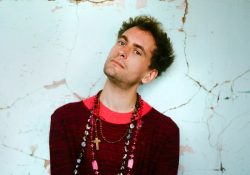 One of the most thrilling performances I’ve seen this year; a reminder of how vital and adventurous music can be The Guardian London and Manchester based spoken word artist, writer and saxophonist Angus Fairbairn AKA Alabaster dePlume came to our attention with the release of the postcard single, ‘Be Nice To People’ on Lost Map… [Continue reading] Alabaster DePlume 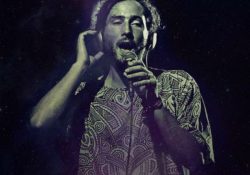 One of the staples here at Kelburn, Escape Roots returns as part of the Walk n Skank takeover on Viewpoint Stage. His deep, high quality dubwise productions have been gathering a worldwide following, and 2020 sees his debut album released on Nice Up! Records. For this session Escape Roots will be joined on the mic… [Continue reading] Escape Roots ft. Cian Finn 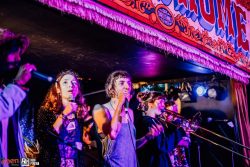 The Positive Experience are an experimental band fronted by genderpunk poet and MC Jolly Abacus (Bam Jam). The band formed in Dec 2018 for a one off performance to fundraise for Edinburgh’s beloved Forest Cafe. But continued performing throughout 2019 and have appeared in support of multiple causes including Glasgow’s Stanstead 15 solidarity concert, Extinction… [Continue reading] The Positive Experience 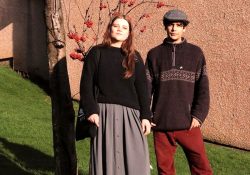 Music your pets might like, is how the Falking duo refer to their music. You can let us know if your pet agrees. 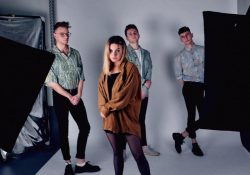 Based in Edinburgh, swim school are a 4 piece, indie-pop band made up of Alice Johnson (Vocals/Guitar), Lewis Bunting (Guitar), Nairn Milne (Drums) and Matt Mitchell (Bass). Announced in 2019, but having originally formed at the end of 2018, swim school already host an eclectic collection of songs featuring the inspired tones of The Cure,… [Continue reading] Swim School

Blissful Sundays spent jamming with friends in the

Is any Kelburn Garden Party ever complete without

Is it real or a dream? Stumbling on surreal art ex

Reminiscing on this massive @gentlemansdubclub set

You lot sure know how to lift our spirits 💚 Th

An update from the festival team about Kelburn Gar

At last! The sun is finally out and Spring is spri

Missing those hot sweaty gigs in The Smuggler's Te

Curiouser and curiouser! ❤️♦️ How many ti

Is any Kelburn Garden Party ever complete without a roaming live band? Throwback to Brass, Aye? bringing the carnival flavours and a little pizzazz 🎷💛#kelburnparties #WeMakeEvents ... See MoreSee Less

Is it real or a dream? Stumbling on surreal art experiences in the depths of the Neverending Glen 🍃#kelburnparties #letthemusicplay ... See MoreSee Less

The new single from Colonel Mustard & The Dijon 5 is just what u need to get through another lockdown weekend. Thanks guys! ❤️ ... See MoreSee Less

When this happens, it's usually because the owner only shared it with a small group of people, changed who can see it or it's been deleted.
View on Facebook
· Share

Reminiscing on this massive Gentleman's Dub Club set from 2019 while rinsing their new album 💚In spite of *gestures* everything, we've had some class new music releases from Kelburn Garden Party artists this past year. What's been your favourite? ... See MoreSee Less