Where am I? Home / Artists / Andrew Weatherall 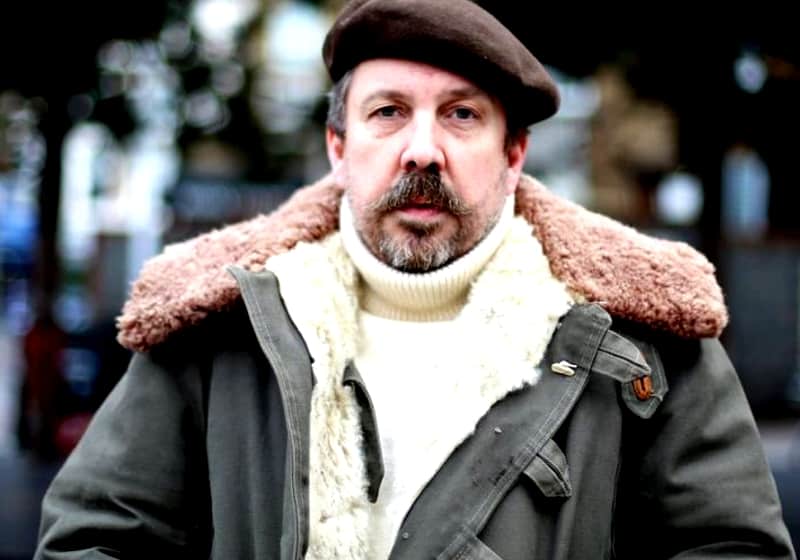 Where: The Landing When: Sunday

Andrew Weatherall is a leading British electronica DJ, producer and cult personality. Since, in 1991, Andrew Weatherall put on his producer’s hat and helped Primal Scream to deliver one of the most definitive albums in the history of British pop, Screamadelica, he has been a key character in the story of UK music and club culture. Uncompromising and unrefined, and a bad-ass DJ to boot.

He is one of the most eclectic DJs of all times, equally able to make people dance in a rockabilly or a dub set as with techno. He is a sought-after remixer, whose unique approach has been used by artists including Happy Mondays (his studio debut was his remix of “Hallelujah”), Bjork, New Order, Saint Etienne, and James. As a producer, he has launched to fame artists such as Beth Orton and Fuck Buttons; he has been member of memorable groups including 2 Lone Swordsmen, Sabres of Paradise and, more recently, the Asphodells.

A devotee of pop culture, Andrew Weatherall claims that the history of pop music is endlessly fascinating because of its intrinsic democracy. Weatherall has cited humor as an important component in his musical ideology. He is also a great conversationalist in a number of topics, ranging from literature and poetry to fashion and the arts, and how these shape youth culture.

To top it all: He was there – playing a key role – in almost all musical styles since the mid-1980s.

Learning to march to the beat of your own drum up

Meet you front left at The Viewpoint Stage! We'll

Come rain or shine, there's always time for a camp

Not just a music-fuelled getaway, we're also a pre

Who else is already dreaming of electronic magic o

Hold on to your seats... we're dropping our first

We're delighted to welcome Dizraeli back to Kelburn, this time with full band in tow. His new album has been gaining plaudits from across the spectrum. ... See MoreSee Less

If you think you know what Dizraeli sounds like, think again. With his new album ​The Unmaster​, he announces a completely fresh chapter, leaving behind the folk experimentation of previous projec...
View on Facebook
·Share

Join our immersive music experience for the whole family this summer at The Kelburn Garden Party 2020. Tickets for kids and teens available on our website: www.kelburngardenparty.com/tickets/ ... See MoreSee Less

Saturday night sees the 24hr Garage Girls takeover the Landing stage. Are you ready for the REWIND? ... See MoreSee Less

Starting out with their very first show at Boomtown Fair in 2013, this power collective have been gracing clubs and festivals across the UK ever since, giving it that old skool flava each n’ every t...
View on Facebook
·Share

Happy Valentines for all you lovers out there ♥️♥️♥️ ... See MoreSee Less

Our friends at the The Edinburgh Festival Of Sound 2020 are giving Kelburn peeps a discount to their excellent live showcase coming up soon. Details here... ... See MoreSee Less

Out There Live - Buy tickets

On Friday night is our showcase of boundary-pushing electronic music. ‘Out There Live’, taking place in The Debating Hall, will feature Belgian multi-instrumentalist and afro-jazz specialist Esina...
View on Facebook
·Share