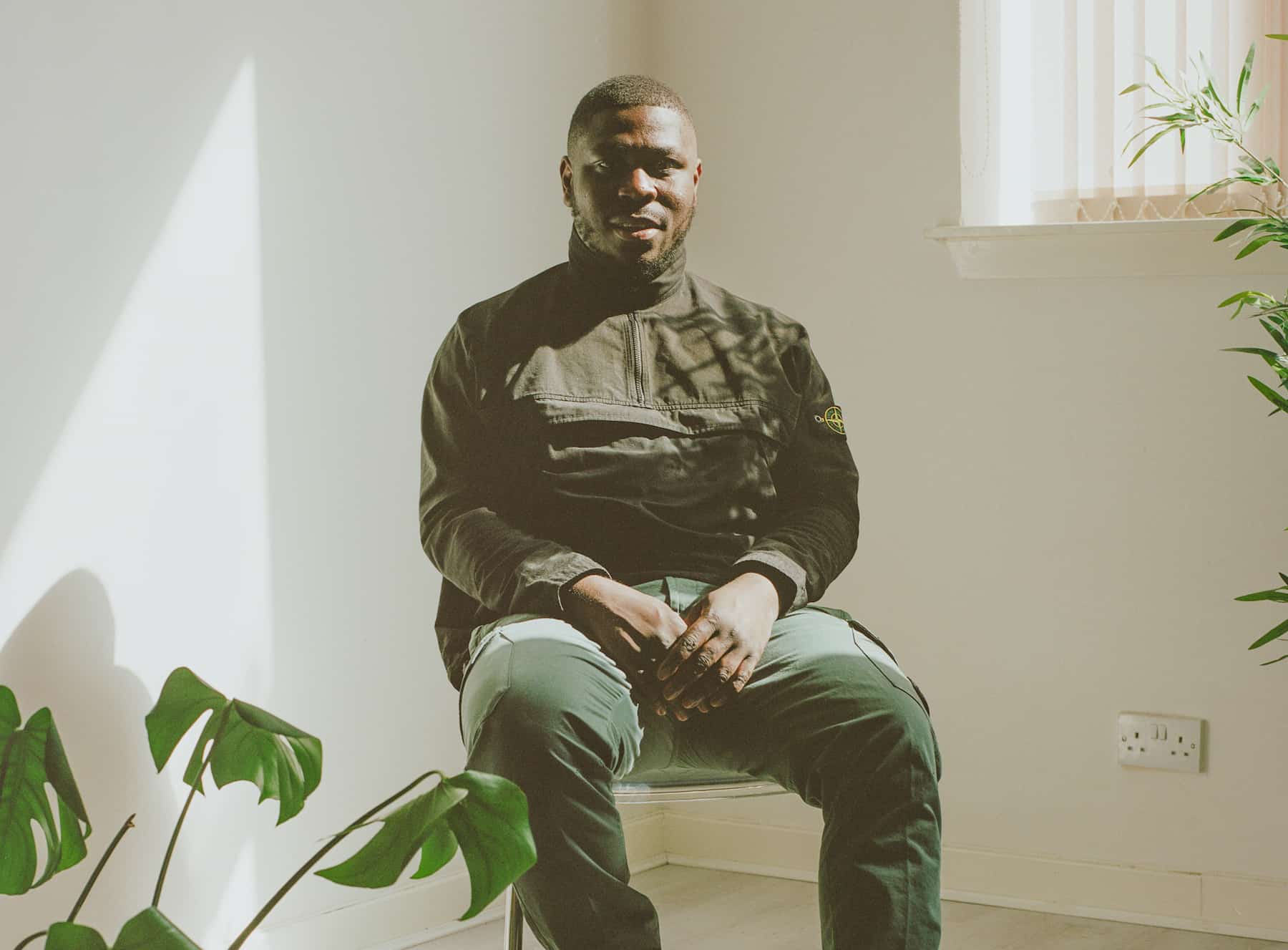 Jubemi Iyiku a.k.a Bemz is a Glasgow based rap artist of Nigerian descent. He is one of a number of artists helping to further establish Scotland as a bona fide hotbed for rap music, while also proving that rap’s cultural reach stretches way beyond London and the English borders.

Having first fallen in love with music through influences and inspirations including Wretch 32 and Giggs, he began experimenting with making his own sounds, primarily as a medium of self expression. Art and poetry were the precursors to his introduction to rap, before blossoming into a lifelong dedication with the artform itself.

Bemz’ strengths are found in the honesty within his music. He delivers a very raw, emotionally charged view of life which never falls into the clichéd trappings that often come with that territory; truth is his asset.

In 2021, Bemz went on to further solidify his status on the Scottish hip-hop scene with a coveted Scottish Album of the Year long list nomination for his 2020 project Saint of Lost Causes as well as selling out his first hometown headline show. His single ‘26’ was also the unofficial summer anthem on the Scottish Hip-Hop scene. His recent newly released EP ‘M4’ takes a peek into the future of one of Scotlands artists to watch for 2022.

“Rooted in personal experience and raw, honest self-expression… his music is a bold, re- freshing and uncompromising collection from one of Scotlands brightest stars…” — Tenement TV