Where am I? Home / Artists / Maranta 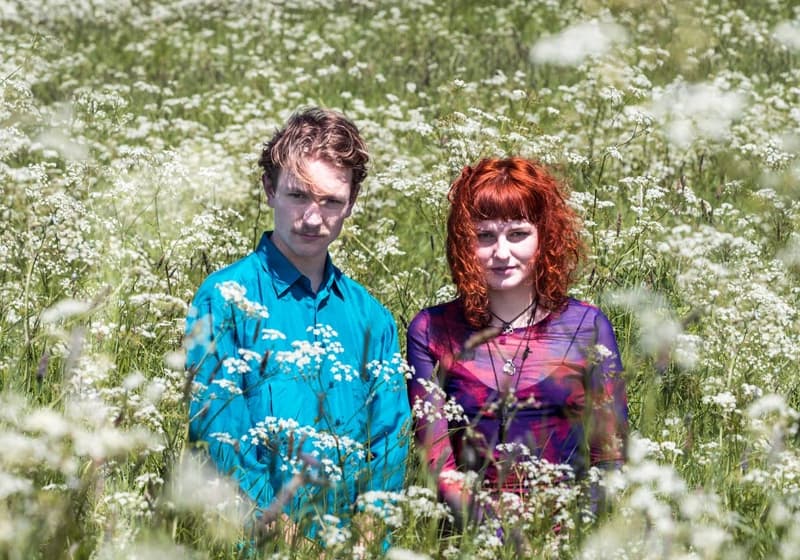 Hailing from Edinburgh, Maranta, an electronic synth pop duo, was formed in 2018 and comprises of Gloria Black and Callum Govan. Using Live analogue synthesizers, and led by Blacks powerful voice, they create ethereal and textured soundscapes, imbued with rhythm and an infectious joy. Combined with Blacks lucid and visceral lyrics, listeners are led through varied sonic worlds and are captivated by an energy and passion, which is also transmitted through their live performances.

Maranta released their debut single ‘Radiate’ in April 2019 and first EP ‘Care II Cure’ in July of that year on Paradise Palms Records. The single was described as ‘song of the summer’ by The Skinny and made it onto The Guardian’s best tracks of 2019 playlist. Their music has been played by DJs and radio stations around the world, including Vic Galloway on BBC Scotland, Andrew Weatherall on NTS and Mario Cotto on KCRW. They have performed at Scottish festivals including Tenement Trail, Hidden Door, Kelburn Garden Party and Doune the Rabbit Hole and at musical institutions such as King Tuts, Summerhall and SWG3. They have been billed with the likes of Free Love, Callum Easter, Makeness, Pictish Trail, George Fitzgerald, Marc Rebillet and Meursault

Big days out for little fun finders in The Summerf

This is the place. A gathering for likeminded groo

Have yourself a topsy turvy afternoon of zany quiz

Lifting each other up at The Landing Stage 🚀 7

If you know, you know. When the sun is high in the

Like moths to a flame, revellers flock to The Squa

All together under one roof, spinning round the ma

Our thoughts go out to all the friends and family

Big days out for little fun finders in The Summerfields 💚Bring the whole family to The Kelburn Garden Party 2022 (Official). Book tickets for next summer's festival getaway on our website 👉 kelburngardenparty.com/tickets ... See MoreSee Less

This is the place. A gathering for likeminded groovers and shakers at The Viewpoint Stage ✨Meet you here next year at The Kelburn Garden Party 2022 (Official). Book tickets on our website 👉 kelburngardenparty.com/tickets ... See MoreSee Less

Have yourself a topsy turvy afternoon of zany quizzes and games in The Saloon Bar 🤩Book tickets to The Kelburn Garden Party 2022 (Official) on our website 👉 kelburngardenparty.com/tickets ... See MoreSee Less

Lifting each other up at The Landing Stage 🚀75% of tickets to The Kelburn Garden Party 2022 (Official) are already gone. Book yours now on our website 👉 kelburngardenparty.com/tickets ... See MoreSee Less