Where am I? Home / Artists / Midi Paul 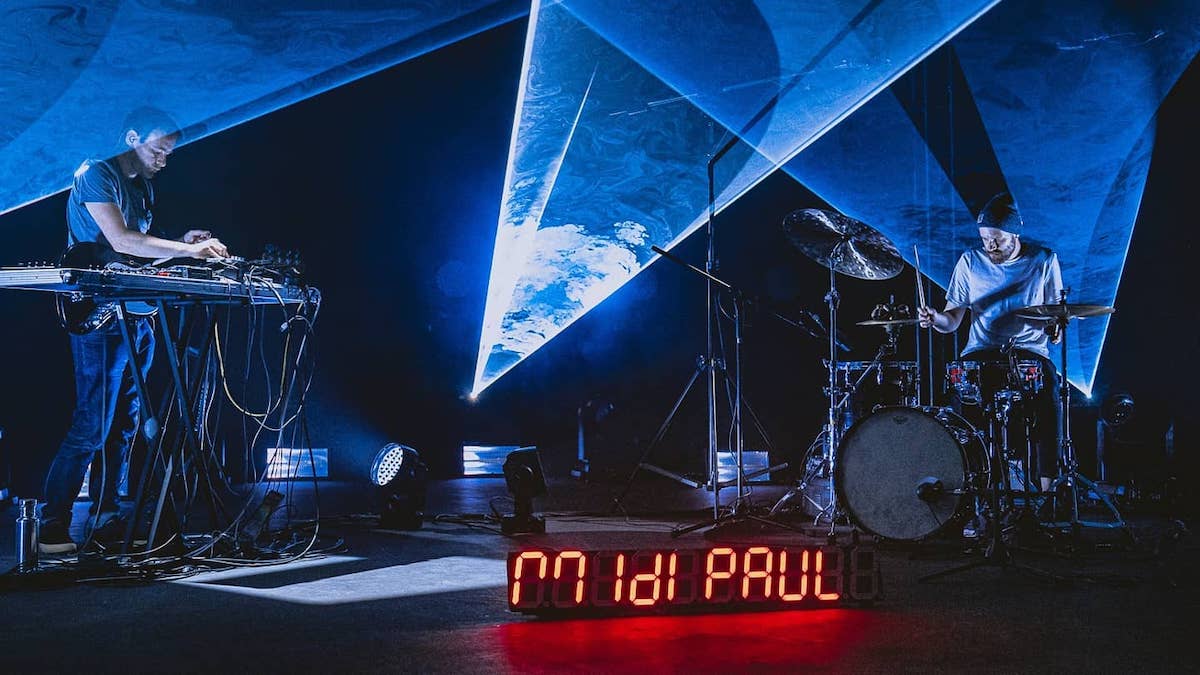 On stage, the music evolves like a DJ set but in place of the turntables you will get live bass, dirty analogue synths and old school breakbeats.

The debut EP Old Future was released in June 2019 on Precog Records and featured guest contributions from Nikki Kent (Digital Jones/Nik Nak) and Katherine Aly. It received plays on BBC Radio 6Music and was well received by the wider electronic music community.

Hands up if you got lost in The Neverending Glen t

This year, all round sound pals @theskinnymag took

Van life 🚐 In need of some home comforts on wh

Those tickets are seriously flying out! We've sold

Tickets to Kelburn Garden Party 2023 are now on ge

Everybody check your inboxes! We've just sent all

How’s about one more look back at our favourite

📣 Ticket alert! We're down to our last 50 Tier 2 tickets ALREADY!Once we run out, we'll bump up to Tier 3 with an increased price. If you want to grab your ticket while it's cheaper, you'd better get on it sharpish.Book tickets to Kelburn Garden Party 2023 on Skiddle 👉 skiddle.com/festivals/kelburn-garden-party ... See MoreSee Less

Hands up if you got lost in The Neverending Glen this year 👋Don't worry, we've all done it...Between the Beech Plateau, the Boat on the Hill, the Monument Stage, and all the art strewn in-between, there's loads to discover (and one too many footpaths to discombobulate you) in our gorgeous forest grounds 🍃Tickets to Kelburn Garden Party 2023 are on sale now on Skiddle 👉 skiddle.com/festivals/kelburn-garden-party ... See MoreSee Less

🚗 Let's talk car parking 🚙Planning to drive to Kelburn Garden Party? Then you'll need to book yourself a parking pass. It's much cheaper to book a parking pass in advance rather than at the festival, and will mean you've guaranteed yourself a spot in case we sell out. Spaces in our car park are extremely limited, so we recommend booking your pass now to save yourself disappointment later. Car park passes are available to buy now on Skiddle 👉 skiddle.com/festivals/kelburn-garden-party ... See MoreSee Less

This year, all round sound pals The Skinny took over The Pyramid Stage for the entire weekend for the first time - and we think they did a pretty top job!Which homegrown Scottish acts did you discovered at our mighty Pyramid this year? Maybe some Caledonian hip hop caught your eye, some riot grrrl ferocity or bohemian electro pop (including Free Love, pictured here)... ... See MoreSee Less

Van life 🚐In need of some home comforts on wheels at next summer's festival? Book yourself a live-in plot when you go to buy your Kelburn Garden Party ticket!Here are a few important points about live-in vehicles:📏 Live-in plots are strictly 6x4m in size - if your vehicle does not fit inside one plot, you will need to buy a second one🚚 If you are coming in a caravan, either your car and caravan must fit in the plot, or you must buy a plot ticket AND a parking ticket, and keep your car in the car park separately from the van🚫 Live-in plots are for live-in vehicles only, NOT cars or tents💡 Unfortunately we are not able to offer powered live-in pitchesAll live-in plots are available to book on Skiddle 👉 skiddle.com/festivals/kelburn-garden-party ... See MoreSee Less