Where am I? Home / Artists / Miracle Glass Company 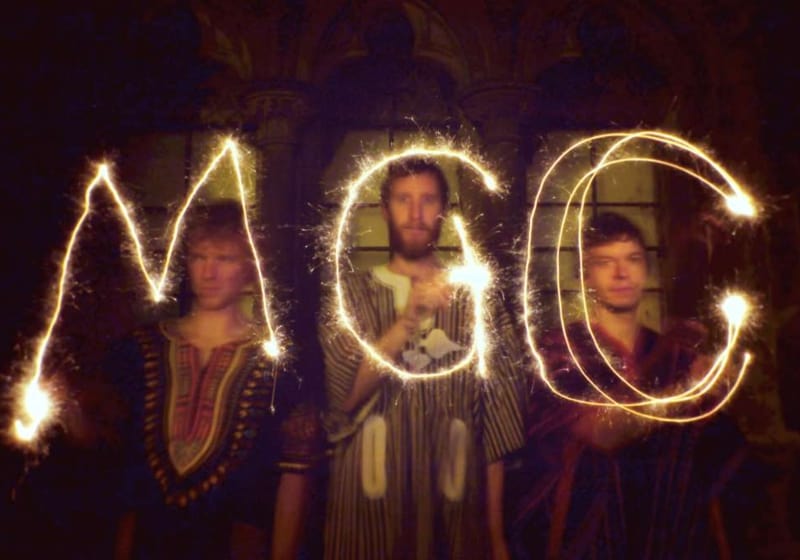 Miracle Glass Company are currently at the peak of their powers. Widely regarded as the best rock’n’roll band in Scotland right now they maximise the power of 3 with drums, bass and guitar, 3 lead vocals and 3 part harmonies combining to make a sound that has to be heard to be believed. Fusing psychedelic rock’n’roll with pop sensibilities, blistering musicianship and three unique voices, Vic Galloway (BBC 6 Music) described their show at XpoNorth as ‘the best gig I’ve seen in years’. On their debut album ‘MGC 1’ The List said the album ‘conjures up memories of the Lennon/McCartney partnership at the peak of their powers’ and Scottish music guru Jim Gellatly named it as his album of the year, describing it as ‘timeless, a future classic’.

Giving it some bounce at The Beech Plateau. If y

Music for the curious. Were you there for sonic vo

Dancing as one at The Landing Stage. Music is co

The road to paradise 💚 Journey back to Kelburn

Giving it some bounce at The Beech Plateau. If you can brave the hill, the reward at the top is more than worth it 👌Book tickets to The Kelburn Garden Party 2022 (Official) on our website 👉 kelburngardenparty.com/tickets ... See MoreSee Less

Friday night, riding high at The Square Stage 🙌✨Meet you here next year for some night time music magic. Get your tickets on The Kelburn Garden Party 2022 (Official) on our website 👉 kelburngardenparty.com/tickets ... See MoreSee Less

Music for the curious. Were you there for sonic voyager Callum Easter 's set in 2019?Discover more exploratory sounds at Kelburn Garden Party 2022. Book tickets on our website 👉 kelburngardenparty.com/tickets ... See MoreSee Less