Where am I? Home / Artists / Pussypower Productions 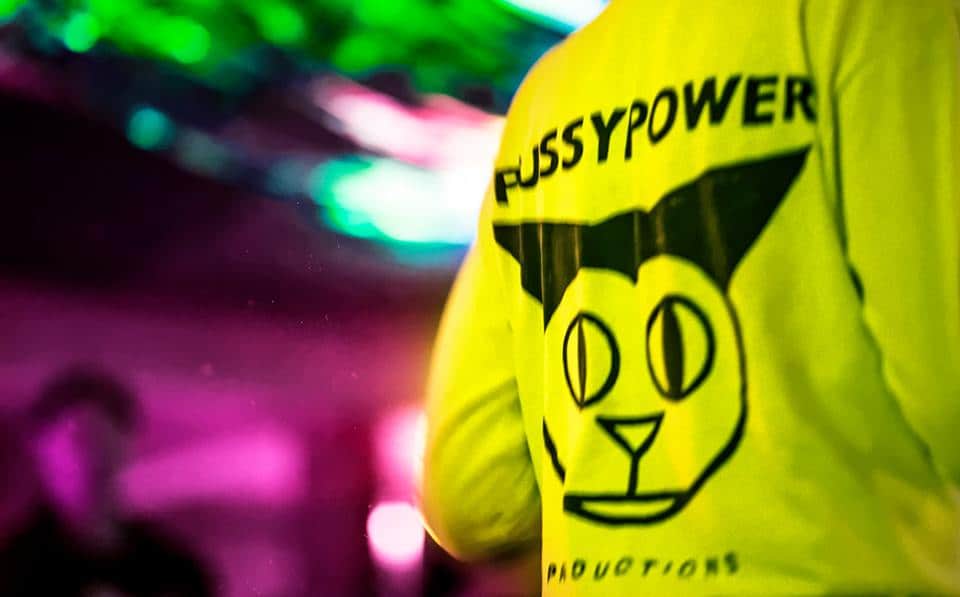 Where: The Beech Plateau When: Saturday

Founder members and Pussypower brothers, Terry and Jason have been purveyors of quality underground dance music for over 30 years in and around Glasgow, and were one of the first Scottish collectives to embrace US techno in the 1980’s. The brothers have been Influenced by a wide range of music and art from Zappa to Public Enemy or The Residents to the alternative UK, US or European punk rock scenes, throw some Bridget Riley, Bill Burroughs, Dawkins or Bukowski in and you get a bit of an idea of their founding mentality.

The DIY ethic of underground music and art led the brothers to the burgeoning dance music scene in the late 80’s, jumping off to the sounds of The Beastie Boys into the early New York House, Detroit techno and the underground sounds coming from America, The UK and Europe.
When organising events, they’ve brought some of the best live acts and DJs to entertain a discerning crowd. Their all night parties throughout Scotland, club nights in the Arches Theatre Glasgow (before it was a nightclub) and Industria Glasgow (now Cathouse) are legendary, the latter even got a mention in Irvine Welsh’s book ‘Ecstasy’. Pussypower have always welcomed and been open to new members of the posse.. Unit pd and Doowutchalike are some of the newest DJs to bring the noise for the Pussypower faithful.

We are honoured to invite Pussypower to run our classic Saturday evening Old School Rave up on the iconic Beech Plateau Stage. Come and pay your respects.