Where am I? Home / Artists / Slime City 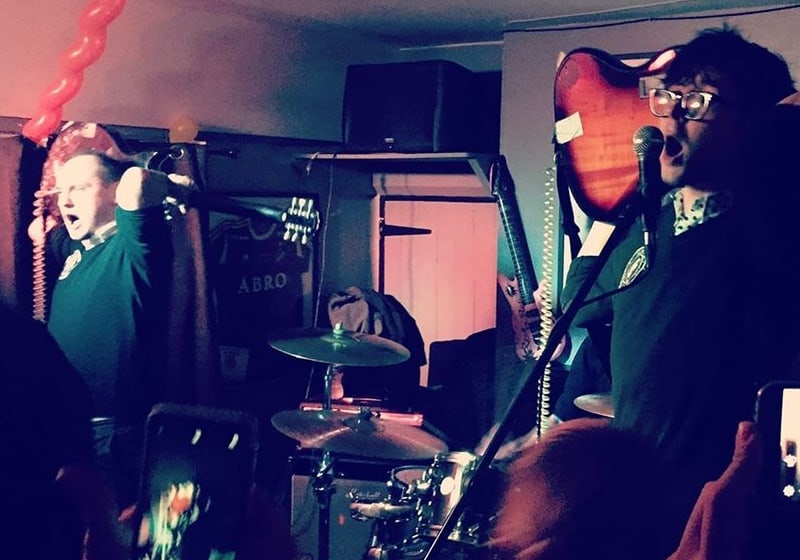 SLIME CITY were formed by Glasgow, Scotland and play fast existentialist nerd rock for people who like sighing but also fighting.

SLIME CITY do not believe the Jools Holland franchise (Later, Hootenanny, Infinity War) is a suitable mainstream replacement for the chart-based garishness of Top of the Pops, but bear the man himself no ill will.

SLIME CITY is really appealing to that 30+ dad demographic.

SLIME CITY were once described as ‘Refused playing pop songs’ in an excited tone, rather than a disappointed one.

Even on grey days our beloved castle shines bright

The hoop life is the good life. Here's to throwing

Losing yourself in the music, dancing all night un

Essential stretches for relaxing restrictions, as

Blissful Sundays spent jamming with friends in the

Is any Kelburn Garden Party ever complete without

Is it real or a dream? Stumbling on surreal art ex

Reminiscing on this massive @gentlemansdubclub set

The hoop life is the good life. Here's to throwing your best shapes in the sunshine by The Pyramid Stage ✨#kelburnparties #WeMakeEvents ... See MoreSee Less

Losing yourself in the music, dancing all night under the trees, suddenly realising it's 3am and you've not left the Viewpoint Stage in hours (woops). Woodland raves are up there in our top ten things that we miss most ✨#kelburnparties #WeMakeEvents ... See MoreSee Less

Pure euphoria at this LTJ Bukem DJ set from 2019 💚Music is a communal experience, and we can't wait to share a moment like this one with all of you again when the time is right. Until then, keep on dancing ✨#kelburnparties #WeMakeEvents ... See MoreSee Less