Where am I? Home / Artists / The Freestylers 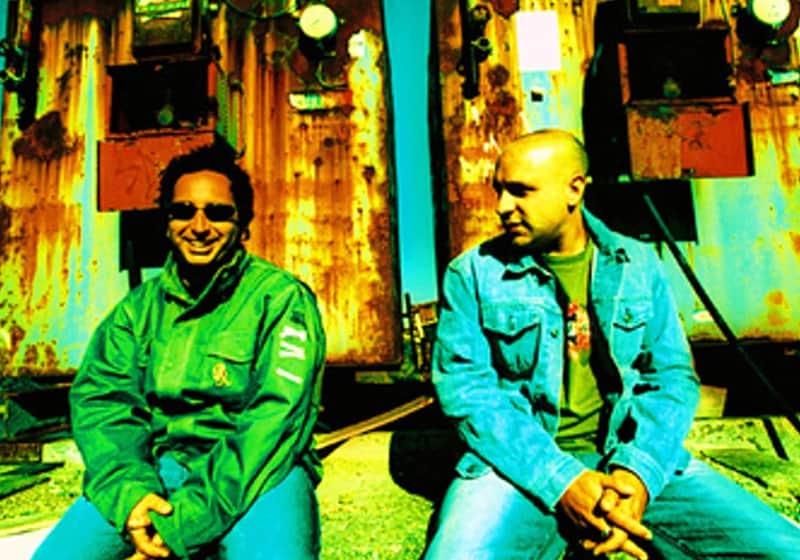 To ravers of a certain vintage, the music of The Freestylers is unforgettable. Their massive club hits soundtracked the “big beat” revolution and nuff house parties back in the late 90’s.

Aston and Matt aka The Freestylers started working on Music together in the mid ‘90’s after discovering a mutual love of Hip-Hop, Electro and Beats. They released their first two Albums ‘We Rock Hard’ and ‘Pressure Point’ on legendary Breakbeat label Freskanova. From being voted ‘Best Band’ by Muzik Magazine in ’98, to touring with Lenny Kravitz on his American Woman Tour (he asked them himself as he was so impressed with their act), rocking a crowd of 30,000 at Glastonbury Festival ’99, performing at MTV’s Times Square Millennium Party, playing Top of the Pops – it’s fair to say these Guys have had one big adventure so far.

The Freestylers began their career as an Urban Electronic Music Act, and their early Tunes ‘B-Boy Stance,’’ ‘Ruffneck’ and ‘Warning’ set the marker. As their Music progressed so did their Anthems with the seminal tunes ‘Punks’, ‘Boom Blast’, ‘Fasten YourSeat-Belts’,’Painkiller” and more recently ‘Cracks.’to list a few.

We’re going to have alot of fun with them down on the Landing Stage this year.