Where am I? Home / Artists / The Ragga Twins with DJ Krucial 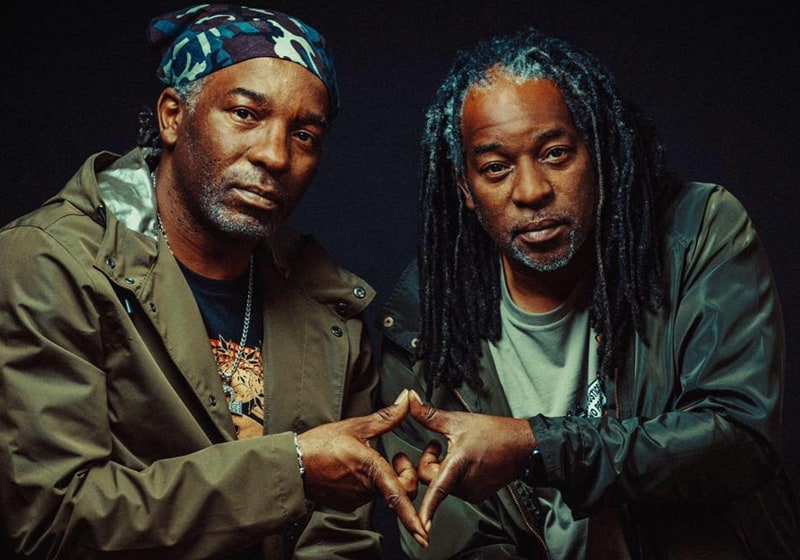 Let’s get this straight: The Ragga Twins are FOUNDATION. They’re seminal, and I’m not talking seminal in the manner of every press release you ever read about any act that’s been around for more than 5 years, I’m talking seminal in that they were doing shit first, and doing shit best. Before Ragga Twins there were UK Hip Hop outfits – Derek B, all those cats on Simon Harris Beat of Life label, Blapps posse, and so on. There were UK acts proving that we could hold our own in RnB, from Loose Ends to Soul II Soul to Sade – but all of these groups (OK, maybe Soul II Soul marginally less so, but still,) were competing on American terms – they was UK artists recreating African American forms, with a hint of UK flavour. Admittedly they did it superbly, but Ragga Twins – Ragga Twins were something else.

They were UK like no one before – this wasn’t anything we’d already heard from Stateside; they were MCs toasting bashment style over chattering hyper speed breaks. They found there voice over 12″s that could have only been created by that particularly British fusion of hip hop, Es and speed. It was the anarchy of Bomb Squad’s Public Enemy production, stripped of any fat, cut down to a lean smack, and pumped full of bass. There’s a rawness to those early Shut Up & Dance Ragga Twins records that set the pace and template for so much of English rave to follow – hyped up chat, mad samples drawn from anywhere and everywhere, and a oppositional social conscience that positioned raving as a means of resistance.

The Ragga Twins are coming to Kelburn with DJ Krucial on the jungle tip. You best be ready!