Where am I? Home / Artists / Yoko Pwno 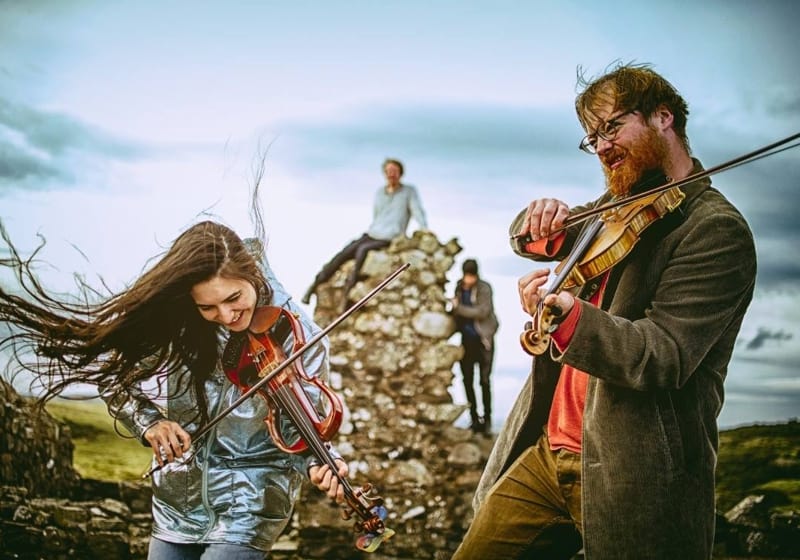 Where: Square Stage When: Sunday

Yoko Pwno are a Celtic/Techno crossover band from Edinburgh. The brainchild of 4 young players who met on the cities’ diverse music scene, they feature the talents of:-

and a self confessed ‘gear nerd’ drummer (Ali).

They bonding over a shared love of whisky, wild places and raves in the woods. Their music is a genre violating mixture of fiddles, drums, reels, basslines and breakbeats, and has been compared to ‘Underworld playing a ceilidh… on Mars’. Their influences include everything from Scottish acts like Shooglenifty and Martyn Bennett through to dance/electronic acts like the Prodigy, Submotion Orchestra and 4tet.

« Acolyte
Heir of the Cursed »

Our volunteer application form is now live! We're looking for friendly 18+ folk who'd like to come join our festival family. Head on over to the website and take a look! www.kelburngardenparty.com/get-involved/volunteer-at-kelburn ... See MoreSee Less

Volunteer at Kelburn to be on the inside of one of Scotland's most creative festivals. Spaces are going fast - come and join us while you can.
View on Facebook
·Share