Where am I? Home / What’s On / Kids and Family Attractions

For those with kids coming to Kelburn Garden Party you can expect a music festival and adventure holiday rolled into one. Instead of a simple kid-safe zone that is the norm of many-a-festival across the UK, we are utterly proudly bursting with a whole spectacle of family-friendly fun throughout the weekend. Kelburn estate is an award-winning family attraction, and festival goers get access to most of those features on top of all the extra magic we lay on for the weekend. Drive a bus, discover the Green Man’s Maze, see a comedy show, join a drum circle, learn fantastic circus tricks, tackle the rope bridge… there is even a soft play barn! Read on for a cheeky taster of the activities and acts you and your family can catch at Kelburn. Kids under 5 go free to the festival, and kids and youth tickets are heavily subsidised. We also have a new quiet and family camping field and some upmarket toilet and shower facilities for those who like a bit more comfort. 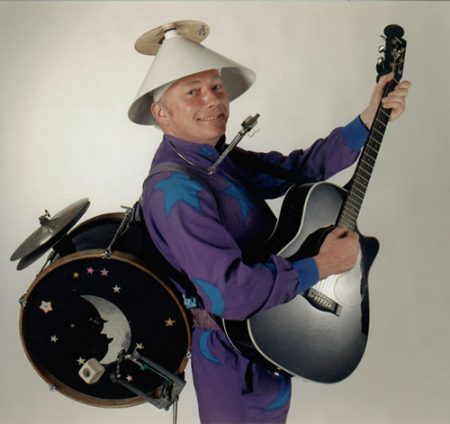 Mr Boom is the one and only One Man Band from the Moon! Big kids will remember him for his hit show in the 90s, when he starred in over 70 episodes of Over The Moon with Mr Boom. He’s touching down once again this summer at Kelburn Garden Party, bringing a cosmic treat for the whole family. 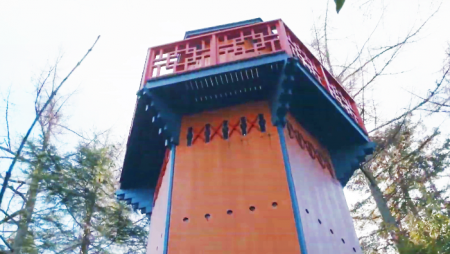 One of the gems in Kelburn’s crown and open from 10am to 5pm daily, the Secret Forest is a surreal labyrinthine trail through the woods above the main festival site, that includes many bizarre attractions, from the Chinese gardens and Pagoda, the gingerbread house and the Greenman’s maze, to the crocodile swamp and grotto and the “inner wood”. And exclusively for Kelburn Garden Party, you can catch the The Secret Forest Project. This living installation at the Kelburn Garden Party will host all manner of strange fairytale characters inhabiting the forest, each with their own story to tell as you make your way through the pathways. 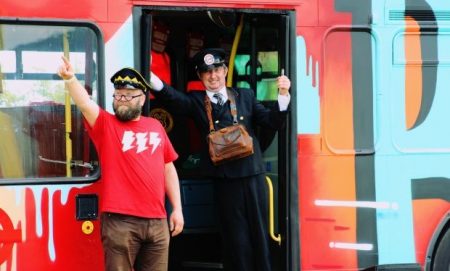 The famous Fringe venue is back! Bob’s BlundaBus (a double decker that’s also a pop-up comedy venue) will host kids’ events this year during the day at the Kelburn Garden Party.

How 2 Drive a Bus evolved from kids simply having fun and playing. ‘There are 30 kids interacting on a bus, taking it in turns to drive and tell their own jokes,” says Slayer. “They ask questions of the genius giraffe and meet the hungry caterpillar.” As for the BlundaBus itself: “it couldn’t be called anything else, could it?”

“Hilarious for all ages…” The Skinny. “The ultimate off fringe performer…” The Scotsman. “Spirit of the Fringe…” The Guardian 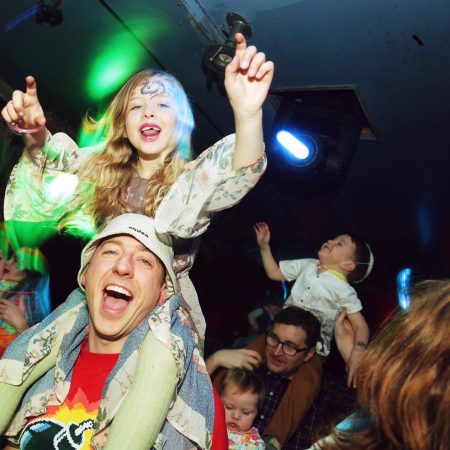 The award-winning “2-4 Hour Party People” host sold out family-friendly raves all over the UK, and are hugely popular with parents who just can’t leave their clubbing days behind them – expect banging (but not too loud) tunes, confetti cannons, balloons and all kinds of party magic. Ideal for those parents who need to be in bed with the wee ones by dark.

Big Fish Little Fish have come a long way since exploding as a monthly party in Brixton. Famous DJs like DJ Food, Mixmaster Morris, Hatcha, Readers Wives, The Orb, Si Begg, Coldcut and Terry Farley have all played, mixing eclectic music across the rave spectrum to get families dancing. 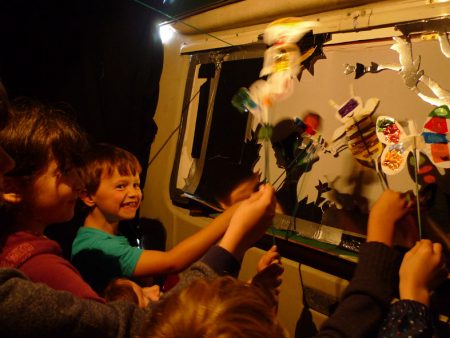 The Little Fawn is a wonderful, travelling puppet theatre. Created in 2012 by Sokobauno Puppet Theatre, a class 1950s Cheltenham Fawn caravan is magically transformed into a unique performance space for children and their families. Audiences of all ages will be transported by funny, tragic, and endearing stories all told in a cosy venue by a friendly cast of puppets. 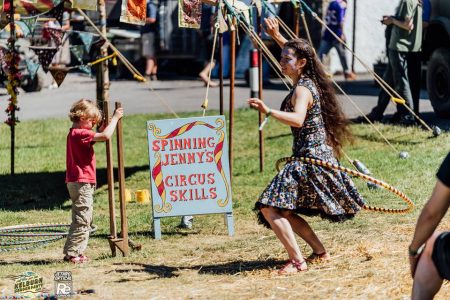 Wobble wildly on a unicycle, stand tall on stilts, teeter, balance and spin.

Join the shenannigans with spinning jenny and her circus skills team and learn to juggle, hoola hoop, spin a plate, make giant bubbles and loads more… 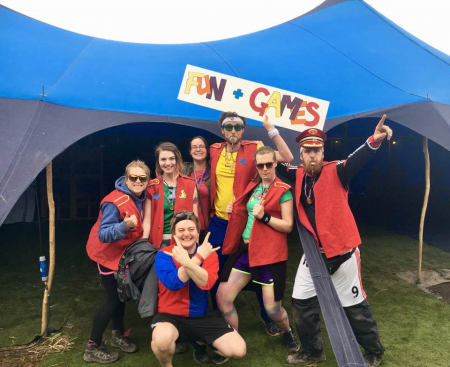 The most fun take on a sports day you can image! Expect silly games that keep kids and parents alike on their toes, with a live DJ and compere to keep everyone warmed up. 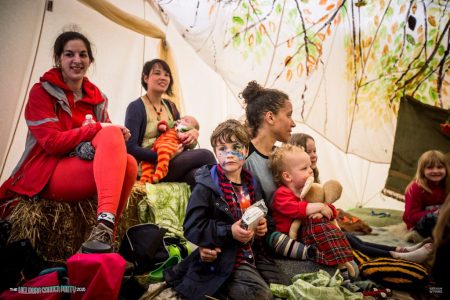 Families will find a warm welcome at the Lullabies Collective. A focal point of the family camping field, their programme puts some familiarity and rhythm into the day for younger festival goers while giving parents some down time too. Start the day with a Sing Along, enjoy a bubbly Baby bath after dinner, and finish off the day with the festival bedtime of your life – songs and stories from the Lullabies Collective!

The Lullabies Collective are artists and musicians with children of their own who love festivals and produce collaborative performing arts for children. Together they create the Lullabies Tent, an amazing sheltered environment for parents, babies and young children. Bath the kids and enjoy original songs and stories, traditional and modern lullabies, entrancing visuals, and soothing live music. 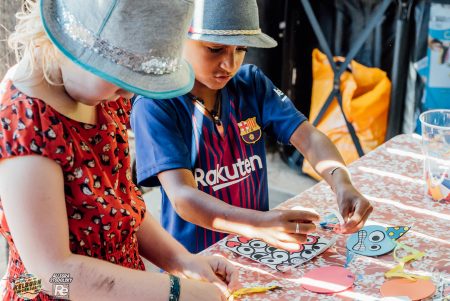 Throughout the festival site you will find a great range of activities for your little ones. From a nail-biting duck race with Alchemy Arts and the family hub in the Tall Trees to an artsy afternoon with Ayrshire Arts and nature walks, you can give them a proper mind-enhancing time by day before you do your best to live it up by night!

More to be announced soon…

Champions of the Big Beat revolution in the early

‼️ FINAL TICKETS TIER ‼️ This is it! We'r

💥 GOOD VIBRATIONS ⚡️ Is there any better f

"I think that melody is the true essence of pleasu

THIS IS NOT A DRILL! It's officially 50 days to g

A hub for underground sounds and local selectors,

No, it's not just you. The trees really do have faces 👀What psychedelic art will you stumble on in The Neverending Glen?More than your ordinary music festival, Kelburn Garden Party is an immersive art gallery jampacked with surrealist creations. Come see for yourself this summer 💚We're down to our last ticket tier! Book your tickets to Kelburn Garden Party 2022 👉 kelburngardenparty.com/tickets ... See MoreSee Less

Champions of the Big Beat revolution in the early 90s, The Freestylers continue to capture crowds with their irresistible breakbeat sound. The Freestylers have been stalwarts of the UK's underground rave scene since '96, when they first discovered a mutual love of hip hop, electro and beats. Anthemic tracks like "B-Boy Stance," "Ruffneck" and "Warning" soon earned them the title of Best Band from Muzik Magazine, an invitation from Lenny Kravitz himself to join his American Woman tour, and a memorable set for 30,000 dancers at Glastonbury.We're going to have a lot of fun with The Freestylers at The Landing Stage on the Saturday night 💥We're down to our final release of tickets! Book your weekend at Kelburn Garden Party 2022 👉 www.kelburngardenparty.com/tickets/ ... See MoreSee Less

💥 GOOD VIBRATIONS ⚡️Is there any better feeling than the bass vibrating through your bones from a stacked sound system?We've got some of our favourite Scottish sound systems keeping it loud at this summer's Kelburn Garden Party. Which one will you skank to first?🔊 Electrikal Sound System have been involved in Kelburn since the early days, and they're back this summer with their distinctive blue horns powering deep rolling bass at The Landing Stage🔥 Reggae dub purveyors Mighty Oak Sound provide a tonic to Saturday night's exploits with the sweet sounds of real reggae music on Sunday afternoon🕺 Closing the Saloon on the Sunday night are Strawberry Jam Sound System with their upbeat global club sounds such as kuduru, uk funky, amapiano and dancehallFewer than 300 tickets left to The Kelburn Garden Party 2022 (Official). Book here: www.kelburngardenparty.com/tickets ... See MoreSee Less

Up next in our Kelburn Mixtape series is Paradise Palms Records label boss and hydrotherapy connoisseur, Jacuzzi General.The General is one of the brains behind Paradise Palms' Bonnie Tropical compilation series, which spotlights some of Scotland's most exciting emerging electronic acts, as well as a regular face at Edinburgh nights like Soulsville International. If you haven't yet seen him don his towel, ascend to the decks and spread the good word about the importance of good music and even better bubble baths, be sure you catch Jacuzzi General this summer at The Kelburn Garden Party 2022 (Official). Listen to Jacuzzi General's mix and read his Q&A 👀 ... See MoreSee Less

For our next instalment of our mix series, we catch up with Paradise Palms Records label boss and hydrotherapy connoisseur, Jacuzzi General.
View on Facebook
· Share