Where am I? Home / What’s On / Stages, Places and Special Treats / The Twin Peaks Cabaret and Circus Tent 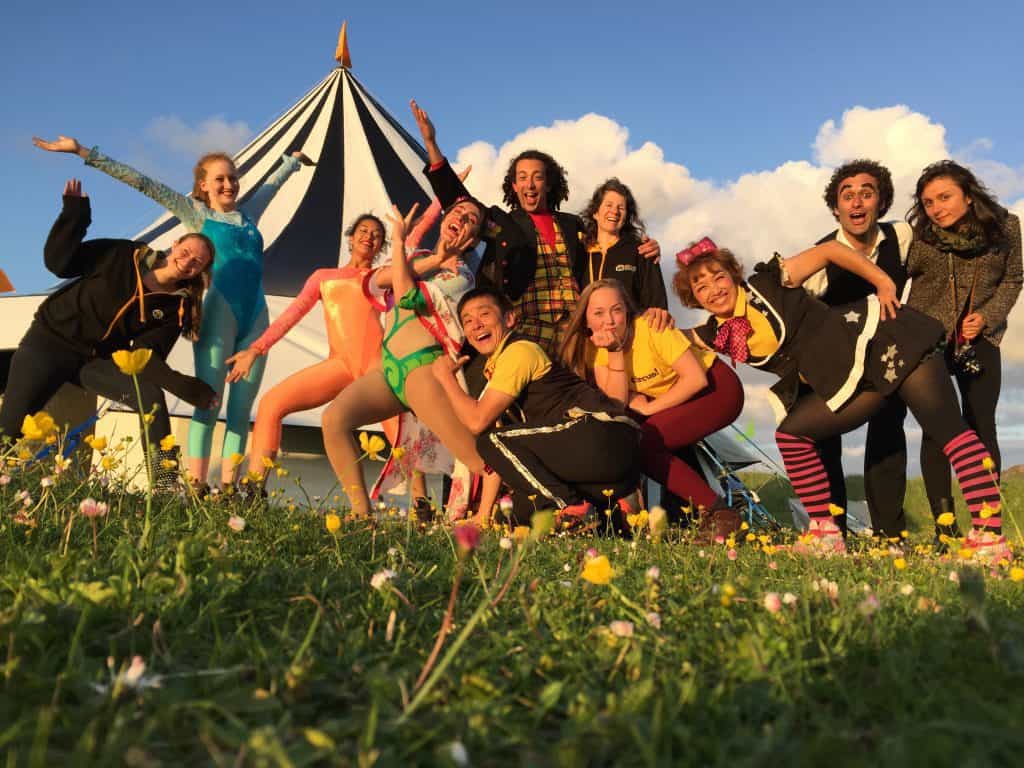 Kelburn’s cabaret and alternative entertainment venue hosted by the unmissable Let’s Circus with a diverse programme of late-night cabaret curated by the Kelbaret Team. Expect a wide range of acts over the course of the weekend here covering everything from daytime family fun and games to comedy, magic, burlesque, circus, open mic and much more. Expect to laugh, expect the unexpected too. 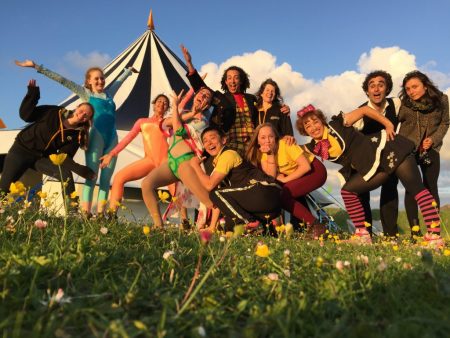 After a heap of sell-out shows across the Shetlands and Outer Hebrides last year, Let’s Circus are returning to Scotland with their international cast of comedians, acrobats, clowns, jugglers, and aerialists. Their stellar performance promises something for all the family, with award-winning performers from five continents filling an expansive hilltop with unmissable spectacles and laugh-out-loud entertainment. 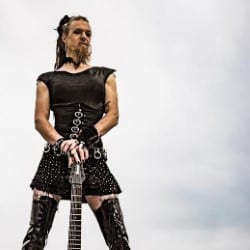 Miss Candy AppleBottom, the infamous cross-dressing bearded guitar loop-playing extraordinaire, will dazzle you with an eye-watering array of burlesque, music, comedy and twisted tales from the Antipodes. Not one to hog the limelight, Miss Candy will invite onstage a plethora of Scottish performers. Blowing your mind with a veritable cornucopia of trickery and talent. 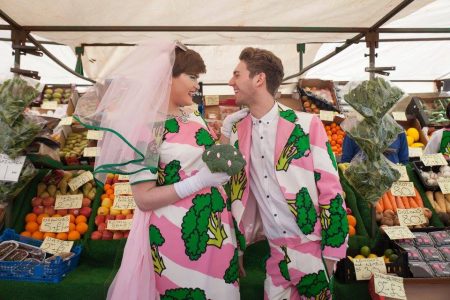 Interactive piece that explores the Jo Cox quote “We have more things in common than the things that divide us” with a cast of broccoli brides and an awesome live band. Bright, fun, and gets the audience dancing and interacting with the show – some may even leave with their own wedding certificate and broccoli bouquet!

A comedian like no other, there’s so much humour in the hour it’s hard to breathe! Award-winning and television comedian who never fails to disappoint. 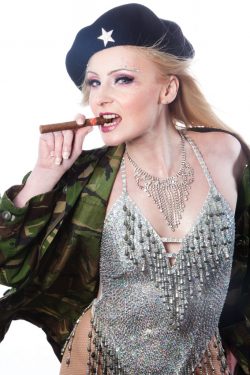 Vaudeville, comedy and cabaret are all on the menu in a five-star feast of first-rate fun. Vive La Variete gathers performers from all around the world to create a dazzling spectacle that is guaranteed to entertain and never fails to please. No smoke. No mirrors. Its a five star festival in itself!

“Endlessly enjoyable” – The Scotsman
“Vive La Variete is still the original – and still the best” ***** – EdinburghSpotlight.com 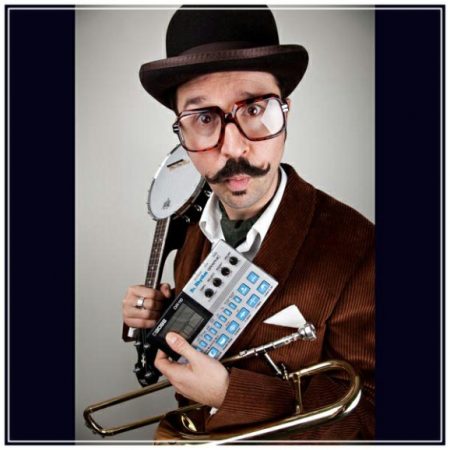 Mr B the Gentleman Rhymer

Mr B is what would happen if Chuck D, George Formby and Noel Coward got drunk in a gin house and decided to form a band. Hip-hop beats with rhymes about cricket, pipe smoking and general misadventure. 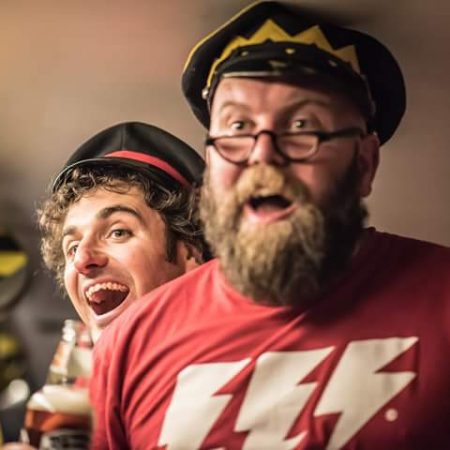 Slayer is a former music manager, and at one time was a jockey. He has performed stand-up at the Edinburgh Festival Fringe since 2008, as well as comedy festivals and fringes worldwide. Hilarious from start to finish, guaranteed side-splitting comedy. 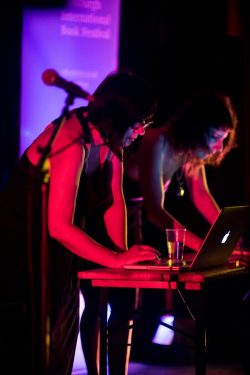 The famous “Cookie DJs” spin beats and create live improvisational music while baking tasty treats – mmm… mmmm… good. DJ Scratch and Sniff is a creative improvisational live electronic/dance music project created by Serena Jost in NYC in the early 2000s, currently masterminded by the producers/vocalists Marilyn Carino and Fiona Soe Paing with a revolving assortment of live musicians. And yeah, they bake cookies while they make music. The sound of a live Scratch and Sniff performance morphs from Bhangra to Salsa to Disco to Hip Hop to House to Breakbeat to Reggaeton, sometimes together, and all in between, threaded with Electro sounds and crowned with the true musicality of actual live humans performing music on actual instruments, inspired by the evolving moment. (Now endorsed via Twitter by the undisputed queen of cakes herself, Mary Berry.) 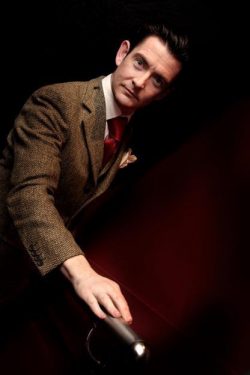 Desmond O’Connor – Let’s Do It! 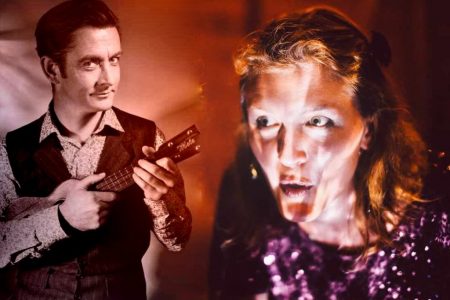 A highlight of last year’s pop-up entertainment in the Glen, Twice Shy Theatre return to create live, improvised stories (with musical accompaniment) at unexpected locations throughout the green heart of the festival. Drawing on Scottish mythology, contemporary themes and the needs/desires of her listeners, master storyteller Zoie Kennedy will weave words and spin tales to soothe, inspire and entertain. Suitable for all ages.