Where am I? Home / What’s On / The Neverending Glen

The Neverending Glen is an extension of The Kelburn Garden Party that takes guests on a surreal, enchanting and stimulating multi-media adventure, where contemporary art meets ancient landscape and pop-up parties in the historic Kelburn glen. Artists and art collectives are invited to create site-specific installations, sculptures, performances and events which enhances your experience of the amazing Kelburn glen with its magical and ancient forestry, mysterious pathways and mesmerizing views over the Atlantic. All festival-goers are free to explore the glen and the delights within at their leisure, during daylight hours at the Kelburn Garden Party.

We ask all visitors to the Neverending Glen to bring with them enough water and supplies, and leave no trace of their visit behind them, except perhaps a dash of their magical essence.

After three years of sleep, the glen is once again awake and writhing with art, performances and happenings. Kelburn Garden Party 2022 will see twelve new artworks join the existing cohort…

As you walk through the glen, you will spot ghostly rabbits, frozen in time, and slowly piece together an unfolding narrative through fragments of movement (Dominika Jackowska). Scatterings of tiny shimmering houses appear through the trees and a clusters materialize before your eyes, gradually congregating as a social housing estate for fairies (Zoe Scott). Peek through the trees to watch Cameron Orr‘s private ritual, set amongst a forest-altar encircled by plasticized heads, whose eyes have frozen wide in astonishment (Featuring sculptural work by Roi Carmeli).

At the Laser Larch, symbols from early Saxon times crawl up and down the bark of the historic Weeping Larch, colours along the contours of the twisty trunk and onto the top of the tree, as she speaks her story through moving patterns (Sophia West and Hamish Campbell). In Ecdysis, multi-media performance company Oceanallover will invite us to step out of our skins, with live music, costumed performers and an invitation to dance, energetically, and shake off our previous, outgrown forms. At the site of an ancient chestnut tree, a painted screen now depicts hazy figures clambering, unclothed, towards a waterfall. In its midst, Iona Lee and Marina Renee-Cemmick’s performances will purify us through a cascade of spoken poetry and butoh-inspired dance.

Pause to reflect in Sonic Woodland, as the rushing of the river intermingles with AI remixed recordings. Melodies from individual trees combining to create harmonies which swirl around the glade, and echo the exchange of nutrients, minerals and water through the underground mushroom network which connects the trees by their roots. (Hidden Orchestra and Tim Southorn). Meanwhile, the far-flung slumbering glade is populated with felled paper bodies, arching ecstatically across overgrown stumps and dissolving into the garlic scented undergrowth while orifice-vessels bloom from moss-covered trees (Vicki Fleck).

El Mugid contructs a living and singing mural in the midst of the glen, covered in a melted mixture of patterns and faces intermingling in his recognizable monochromatic style, and featuring impromptu performances from passing folk. The vivid colours of a geometric walkway glimmer in the distance, it’s The Tunnel of Love, a passage that celebrates the vulva, womanhood, the idea of creation and where we all come from, crowned with a shimmering disco ball. (Vadge Badges X Fanny Riot)

Dandelion’s Cubes of Perpetual Light spring up around the babbling brook, equal parts artwork, laboratory and vertical farm, housing hundreds of plants as they grow under the influence of quadraphonic sound (Dandelion). On the boggy grounds on the island of the pond, a weathered stilt house sinks into the murky waters. Its inhabitants live alongside the other dwellers of the bog: colossal midgies. In quiet, constant battle, the stillness of the house becomes a barricade against the surroundings, and the constant hum of beating wings. (Manon Majani) 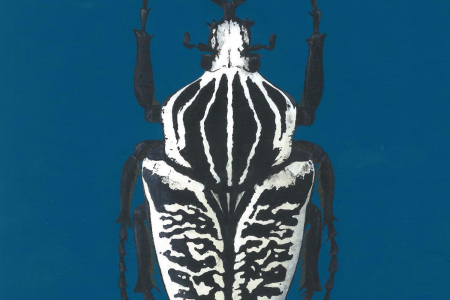 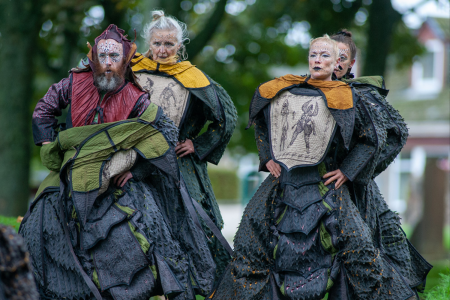 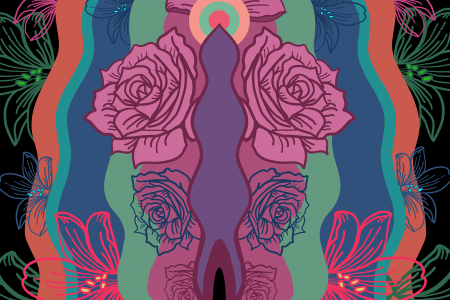 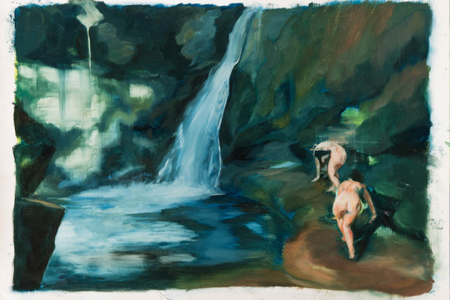 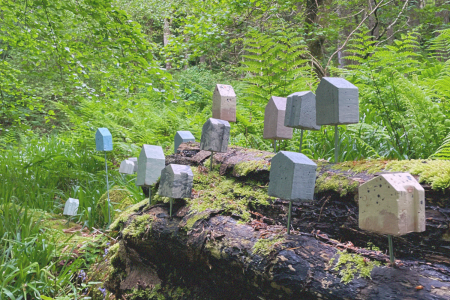 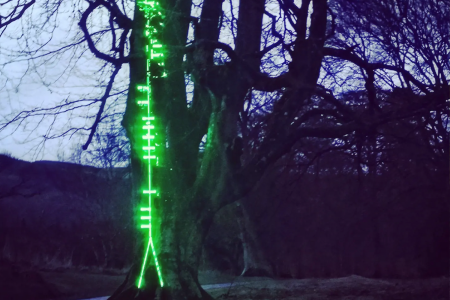 Glimpse the glen of previous years below…

With thanks to our partners:

Hands up if you got lost in The Neverending Glen t

This year, all round sound pals @theskinnymag took

Van life 🚐 In need of some home comforts on wh

Those tickets are seriously flying out! We've sold

Tickets to Kelburn Garden Party 2023 are now on ge

Everybody check your inboxes! We've just sent all

How’s about one more look back at our favourite

📣 Ticket alert! We're down to our last 50 Tier 2 tickets ALREADY!Once we run out, we'll bump up to Tier 3 with an increased price. If you want to grab your ticket while it's cheaper, you'd better get on it sharpish.Book tickets to Kelburn Garden Party 2023 on Skiddle 👉 skiddle.com/festivals/kelburn-garden-party ... See MoreSee Less

Hands up if you got lost in The Neverending Glen this year 👋Don't worry, we've all done it...Between the Beech Plateau, the Boat on the Hill, the Monument Stage, and all the art strewn in-between, there's loads to discover (and one too many footpaths to discombobulate you) in our gorgeous forest grounds 🍃Tickets to Kelburn Garden Party 2023 are on sale now on Skiddle 👉 skiddle.com/festivals/kelburn-garden-party ... See MoreSee Less

🚗 Let's talk car parking 🚙Planning to drive to Kelburn Garden Party? Then you'll need to book yourself a parking pass. It's much cheaper to book a parking pass in advance rather than at the festival, and will mean you've guaranteed yourself a spot in case we sell out. Spaces in our car park are extremely limited, so we recommend booking your pass now to save yourself disappointment later. Car park passes are available to buy now on Skiddle 👉 skiddle.com/festivals/kelburn-garden-party ... See MoreSee Less

This year, all round sound pals The Skinny took over The Pyramid Stage for the entire weekend for the first time - and we think they did a pretty top job!Which homegrown Scottish acts did you discovered at our mighty Pyramid this year? Maybe some Caledonian hip hop caught your eye, some riot grrrl ferocity or bohemian electro pop (including Free Love, pictured here)... ... See MoreSee Less

Van life 🚐In need of some home comforts on wheels at next summer's festival? Book yourself a live-in plot when you go to buy your Kelburn Garden Party ticket!Here are a few important points about live-in vehicles:📏 Live-in plots are strictly 6x4m in size - if your vehicle does not fit inside one plot, you will need to buy a second one🚚 If you are coming in a caravan, either your car and caravan must fit in the plot, or you must buy a plot ticket AND a parking ticket, and keep your car in the car park separately from the van🚫 Live-in plots are for live-in vehicles only, NOT cars or tents💡 Unfortunately we are not able to offer powered live-in pitchesAll live-in plots are available to book on Skiddle 👉 skiddle.com/festivals/kelburn-garden-party ... See MoreSee Less